Since the AGU disorder is caused by the lack of lysosomal enzyme activity, several possible avenues exist that could help deliver the needed AGA enzyme to the body’s cells. Researchers investigated three different options.

Enzyme Replacement Therapy (ERT)
The Aspartylglucosamine (AGA) enzyme can be manufactured in a laboratory to be injected via IV to an AGU patient on a regular basis. The circulating AGA enzyme is taken up by cells from the blood and corrects the disease in different organs such as the liver and kidneys. Ulla Dunder wrote a great thesis and published several articles showing that the correction can be achieved in the body and possibly the brain using higher enzyme concentrations. This approach was tested in mice only. Unfortunately, no successful method to produce large quantities of the AGA enzyme for human use has yet been developed. 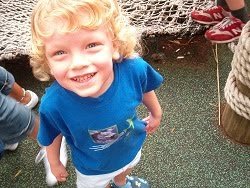 New bone marrow can generate normal blood cells on a permanent basis which would produce a normal AGA enzyme that could be passed into peripheral organs and possibly the brain. Successful experiments were done in mice, but results of BMT in AGU patients worldwide are mixed. In most cases, patients after infancy did not show significant improvements in symptoms following BMT. Furthermore, side effects after BMT in some cases were problematic.

One by one, most of the studies stopped because gene therapy/virus technologies have historically been very costly and/or were not sufficiently developed. Lack of interest from big investors/donors due to the small population of affected individuals resulted in insufficient funding to continue the work. Unfortunately, this is the destiny for many rare diseases.